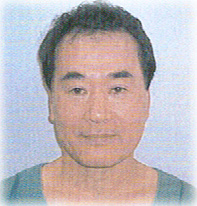 He is married and has five children, two girls and three boys.

He graduated DVM in 1969 from the Veterinary School, Nippon Veterinary and Animal Science University (Kyonan-cho, Musashino-shi, Tokyo) and got his Ph degree on « Studies on the physiology of reproduction in the dog » in 1974.

He first worked as a research assistant at the Department of Reproduction, later as a lecturer, associate professor, and he was appointed full professor in 1991.

As is evident from the list of publications of more than 90 peer-reviewed papers in national and international journals, apart from some excellent publications in the cat, his main interest has been in canine reproduction.

His authorship represents a major contribution to this field.

At the General Assembly of the EVSSAR in Barcelona (April 3rd, 2004) Professor Tsutsui was elected Honorary member.